Indus Action, set up in 2013, is a non-profit organization based out of New Delhi, India with a mission to give the disadvantaged sustainable access to legislative rights in India.
The organization is currently focused on providing children from economically weaker sections of society and other disadvantaged groups access to their right to Section 12(1)(c) of the Right to Education (RTE) Act, which mandates 25% reservation of seats in unaided private schools for children belonging to such groups. Indus Action’s overarching goal is to expand over other legislative rights for disadvantaged families once they have achieved their goal of helping 1 million children gain admission in unaided private schools by 2020. The organization is currently active in 18 states and uses technology-based interventions along with state government support to execute RTE Section 12(1)(c). 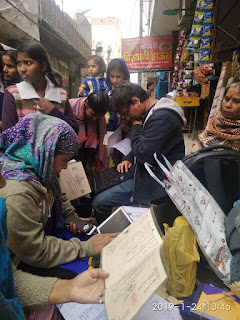 Indus Action partners with local entrepreneurs or places state teams in different states to conduct operations for RTE 12(1)(c) implementation. The state teams and entrepreneurs are responsible for conducting on-ground awareness campaigns which are carried out by mobilizing community champions and building their capacity to run awareness drives. Additionally, Indus Action also collaborates with organizations and NGOs that work with the target beneficiaries. The beneficiaries are assisted with policy knowledge and application support. Indus Action enters into a partnership agreement with state governments for a technical design consultancy for online admission systems. In other words, we also provide the technological support needed by the Government around RTE 12(1)(c).

A few of Indus Action’s achievements include the role they played to bring 379 private unaided schools of North and East Delhi (MCD) on the ]Directorate of Education (DoE) portal and configured them to accept online applications for 12(1)(c). The number of applications received in several mature states is much higher than the number of seats available under this category, which is a strong indicator of the increase in awareness level about the right. 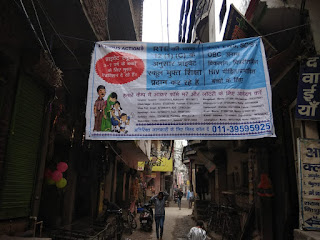 Indus Action’s work involves a blend of ground operations for awareness building through campaigns and grievance redressal as well as supporting the state governments and their education departments in setting up and streamlining the existing processes under 12(1)(c). This is achieved through customized technological interventions, policy advocacy, and civil society organizations to raise awareness about the policy among the targeted beneficiaries and with the schools. These efforts are maintained in the hopes of creating an inclusive learning environment for children from all categories. 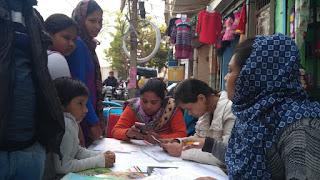 In the 5 five years of its existence, Indus Action faced several challenges. However, several bright spots have also emerged around the implementation of RTE 12(1)(c). These are primarily related to improving school mapping, advising policy clarification, using government infrastructure to set up the application centers and helplines for grievance redressal, resetting 25% admission in line with school, academic year, facilitating post-enrolment tracking of students, and enhancing the quality of online application systems. 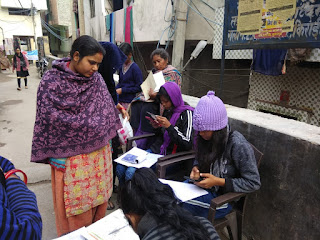 Awareness surrounding RTE has shown an increase in several mature states with several states moving to an online admissions process. The support of governments, the judiciary, and civil society organizations have been instrumental in strengthening the implementation of the act.  An important milestone was reached when the total number of students admitted under 12(1)(c) had almost reached the 3 million mark in 2016-17.

Several private schools have shown greater ownership in building inclusive classrooms and holding remedial classes in bridging any deficits in the learning outcomes of children admitted under RTE 12(1)(c). These efforts go a long way in celebrating the spirit of the provision and are seen as models for other schools to replicate. Indus Action believes that for the long-term success of any legislative right, it is imperative to raise awareness around the right and build systems to enhance community participation and ownership.