We are back with an inspirational story of Safe in India, an NGO that aims to help workers who have lost their limbs in job accidents get their rights.

Our Ravi Bhaiya, is one of the founders of this NGO and we wanted to highlight the efforts that have been made in this fight for justice for the Indian worker community.

Each year, thousands of factory workers lose their hands or fingers, in crush injuries in auto-sector manufacturing, mainly as a result of poor safety culture and high productivity pressure. Most of them, working in smaller factories for large auto brands, get little support from management as the cost of such accidents in India is quite low.

In order to help provide assistance to these workers, Safe-in-India Foundation (SII) was established in September of 2015 as a result of the efforts of Ravi Gulati, Prabhat Agarwal and Sandeep Sachdeva, who after conducting a six-month research and 20 detailed case studies published a first of its kind report on the issue in September 2015. You can see this Report here. 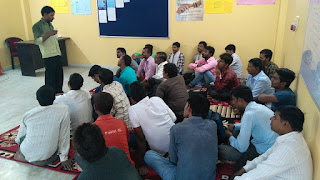 A Worker Assistance Centre was established in Manesar in December, 2016 with the help of financial support from the 1991 batch of IIM Ahmadabad. The aim of the Centre was to provide urgent health support to workers after the accident which caused them to suffer crush injuries by enabling them to avail compensations from ESIC (Employee State Insurance Corporation).

One an unexpected early challenge that faced the organisation was winning credibility among workers who having been exploited by factories, contractors, lawyers, even their landlords were justifiably cynical. They just could not believe that someone was willing to help them get compensation without charging a commission!

It took a hardworking team of Masab Shamsi, Amitesh Kumar, Ram Babu (an injured worker himself), Jitendra Kumar and Sandeep Singh (a visually impaired IIT-R graduate), to establish this credibility.

As a result of the team's efforts, as of December 2019, the team has helped 2,200+ injured workers by providing them aid in form of ESIC medical assistance and ESIC compensation surmounting to almost Rs20cr. See a short video here to see their actions until 2018 backed by music from Manzil Mystics. 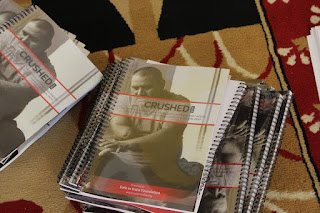 However despite such an impact, the founders knew that ultimately, they had to help in improving ESIC services and to ensure that a preventive approach was adopted in the industry to minimize the incidence of such accidents. In an effort to achieve this objective, Safe in India released a report in March 2017 with suggestions for changes in ESIC Act and Regulations, 1952. The organisation also released a Safety Report “Crushed” in 2019. You can see the findings of this report in Hindi here and English here. 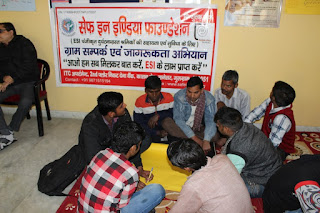 Today, the organization continues to relentlessly work to improve safety by (a) regularly reporting its accident data (and its analysis) from injured workers to the car and two-wheeler brands and the labour Ministry for action; (b) working with the automobile sector to improve safety in their supply chain; (c) championing the cause of Safety with the Ministry of Labour, DG FASLI, ESIC, MCA and Ministry of Industry to help implement a number of recommendations.

Due to their efforts, the Labour Ministry, ESIC and the industry has agreed to a number of constructive actions that would help the Indian workers nationally in getting better ESIC healthcare and compensation, and reducing harm to their bodies while working in auto-sector factories.

We are very proud of the kind of work that Safe in India is doing and wish them luck for their future endeavours.

Written by Vaibhav and Akansha, Volunteers Manzil
Posted by manzilse at 2:48 AM