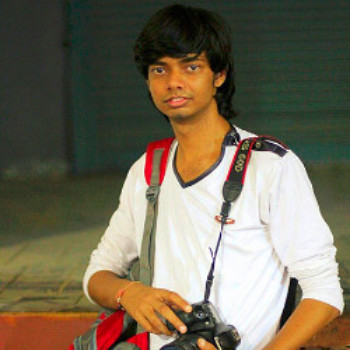 When I was first told that I had been given a great opportunity to write about Lalit Saini, little did I know that even the word ‘great’ did not do justice to the beauty of the stories that were later told.

Manzil is so much more than what happens inside of the classes. Within classes, bonds are indeed felt between peers. However, what happens outside of the classroom is what makes the community of Manzil amazing. There is a communal sense of belonging when students, teachers and volunteers ask one another to hand them some water for quenching dire thirst. Everyone is compassionate towards one another on a daily basis, which is exhibited through laughter and jokes, and also by lending an ear to someone who needs it the most.

Lalit’s story of love, tragedy and inspiration reflects these values of Manzil. While listening to his friends about his journey, I was convinced that this person who struggled, worked hard and never stopped dreaming is a celebrity within and outside of Manzil. He is famous in Manzil for pursuing his passion in filmmaking, and for teaching those that are interested to learn every Sunday. This passion was born after trying out everything else in Manzil – from computer science, painting to maths and dance. He worked very hard at what he loves with many sleepless nights and by never losing his enthusiasm.

Unfortunately, Lalit met with a terrible bike accident on the night of February 9th 2016. This accident shocked his friends and then began a different journey for Manzil and Lalit. His dear friend Vijay, who is also following his passion in filmmaking, described his initial reaction to the accident - “When I first heard of his accident, I didn’t think it could be so bad… But then when we went to see him at the hospital the next morning, I was absolutely devastated,” he said with a slight sadness to his smile. Lalit’s other close friend Pushpa, who is another all-rounder at Manzil, also displayed that same shock in seeing Lalit immobile, and unable to speak because of the internal bleeding. She began to tear up as she described her experience of going into the ICU where Lalit was for 45 days. “It pained his friends to see Lalit in this condition… We needed to be positive for him, but sometimes I found it difficult to even go inside and meet with him.” They were not alone in these emotions. Around 50 people visited him in total – from close friends to strangers. Everyone immediately helped him when he needed blood, even those that had never spoken a word to him. The support he received from Manzil and beyond was overwhelming. His condition affected everyone around him, but they did not let it show as they knew they had to motivate Lalit to recover from this misfortune.

Aside from what was happening inside the hospital for the critical 45 days, his filmmaking class on Sunday did not stop. Pushpa gleamed as she described how special his connection was with his students. “His students kept the class going, despite Lalit being in the hospital,” she smiled. This kind of impact is a rare one because usually when teachers are absent, students choose to take a day off from class. This was not the case for Lalit’s filmmaking class. The creativity, hard work and fun still continue every Sunday, and his students are in touch with him even as he is on bed rest at home.

A few months have passed since the accident, and Lalit is getting better. The will power to recover from a tragic accident like this was shared with the community of Manzil. They did not let him give up, and so he eventually did not give into the darkness of negative thinking. Even if his friends questioned “Why Lalit?,” they never let it show. Instead, they went to temples and prayed incessantly until he was finally able to speak.

Although this journey is an incredibly difficult and emotional one for Lalit and his peers, the community at Manzil is always there for him. Pushpa will be meeting him briefly on Monday as it has been a few weeks since she last saw him. “Any excuse to visit Lalit,” she said with a big smile.